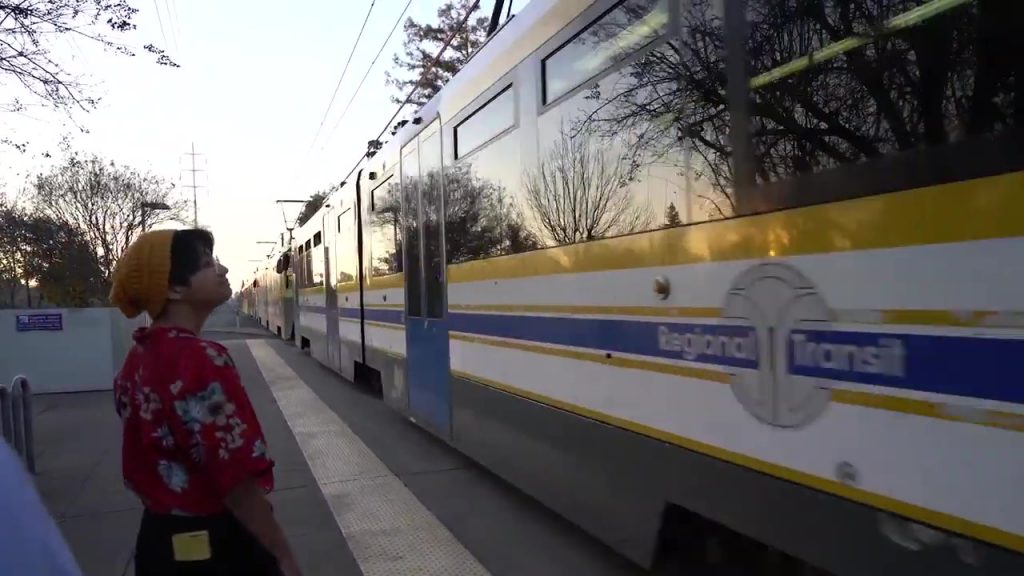 Three Assemblymembers are taking bold action this legislative year to make California the first state to offer free transit for key age groups. California is seeing higher fares for public transportation across the state, which has contributed to decreases in ridership. As ridership numbers continue to decline, providing fare-free transit could be the solution we need to remove a significant barrier to transit use, and reduce emissions in our nation’s smoggiest state.

What is the legislation?

While a variety of transit pass programs that target specific populations exist, many of these programs are contingent on school enrollment, or on a means-tested basis for low-to-moderate-income people. If California is to finally deliver healthy air, we must boost the ranks of regular transit users across income and educational lines.

Reduced-fare and free programs can have an important role to play in transportation policy at a time when transit ridership keeps declining in California. Transit agencies all over the world have enacted reduced-fare or free transit on a small-scale. In California the existing programs’ results have proven promising for increasing ridership.

The city of Sacramento created a fare-free program for youth/students in grades K-12 with the local transit agency, SacRT. The transit agency has seen student ridership double since the program started in October 2019, as well as a 106 percent increase from January 2019 student ridership. Small-scale student transit programs at UC Davis and Sacramento State have also proved to be successful with over a 70 percent increase in student transit ridership.

The increase in ridership among younger age groups is especially important, as research shows that if they use quality public transit from a young age, they are more likely to become life-long transit users. Free or reduced-fare transit passes have the potential to increase transit ridership, enhance the mobility of disadvantaged groups, make it easier for children to go to school and participate in after-school activities, and reduce the environmental footprint of transportation.

“As a student, it used to be really difficult to get around town,” said SacRT student rider Sam. But since SacRT implemented their free student fare policy, “me and my friends get to do anything we want – and it’s free!” Check out how free transit has made a difference for Sam and other SacRT student riders:

Why is an increase in transit ridership important?

As the climate and air pollution crises worsen, we need to reduce emissions generated in our most polluting sector, transportation. Decreases in ridership are accompanied by increased numbers of cars on the road, exacerbating traffic congestion, air pollution, and global warming. Private cars generate three times more greenhouse gas emissions per capita than public transport systems like buses, according to the World Resources Institute. Without reversing this trend, California will have a difficult time decreasing its petroleum use and achieving clean air standards mandated by federal and state law.

According to the U.S. Department of Transportation, switching to public transportation from private auto use is one of the most effective actions individuals can take to reduce their carbon footprint. Transit can also facilitate compact development, conserving land, and decreasing the distances people need to travel to reach destinations, which will improve overall air quality.

Near-zero and zero emission public transportation are becoming more common throughout the country, providing even more air quality benefits. According to the Union of Concerned Scientists, a battery-electric bus on today’s electricity grid is the lowest-carbon option in every part of the country. Fuel cell– and battery-electric buses are already in operation across the nation, and these fleets continue to expand as new models become available.

An increasing amount of transit agencies and cities are announcing their purchases of zero-emission buses and moving toward 100 percent zero-emission fleets. This includes New York and Los Angeles, which represent two of the largest bus fleets in the country. The California Air Resources Board, with our support, last year adopted an Innovative Clean Transit Rule that will phase in a requirement that all new transit buses emit no tailpipe pollution.

Expanded access to free transportation will improve transportation inequity, as well as complement efforts to reduce personal vehicle traffic, and achieve clean air standards across the state. California must continue to encourage and promote activities that reduce the amount of time spent in a personal vehicle, including the use of public transit. We support the efforts to increase transit ridership and are optimistic that it is finally getting the attention it deserves.