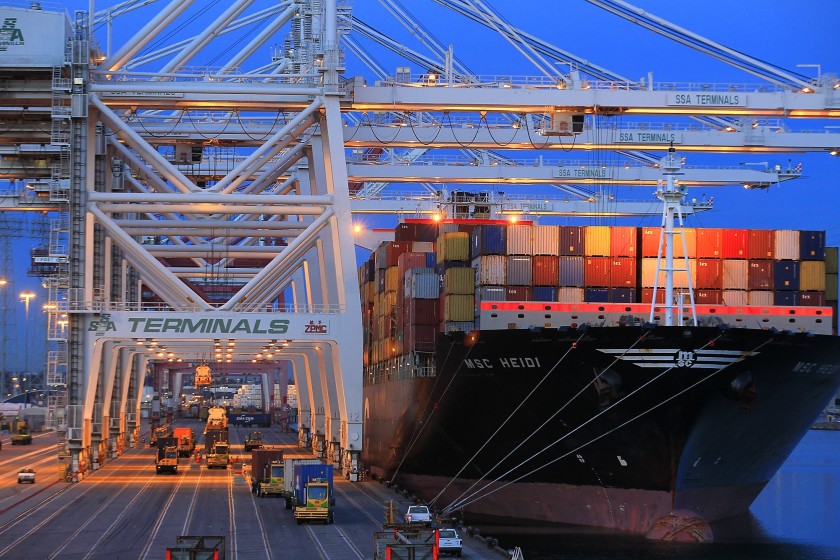 Note: This op-ed first appeared in the LA Times.

Southern California has another important election this year. This one is an under-the-radar race for a rare open seat on the regional air quality board, which will determine how urgently Southern California will tackle air pollution in the smoggiest air basin in the country.

By the end of January, Judith Mitchell, a Rolling Hills Estates councilwoman, will step down from the South Coast Air Quality Management District governing board. She has served for 10 years as one of 13 appointed and elected representatives responsible for securing clean air for the 17 million residents who live in Orange County and urbanized portions of Los Angeles, Riverside and San Bernardino counties.

The election to replace her is an arcane process expected to take place Wednesday. The appointed seat goes to members of the air-quality board who are either local mayors or city council members.

For a winner to be chosen, California law requires the mayors of the 51 cities in the district’s West Los Angeles County region to vote. Los Angeles is exempt from the vote since it has its own dedicated board seat because it represents a significant portion of the region’s population.

Because district residents will not be casting a vote to fill the seat, they need to express their concerns about air quality and public health to the region’s mayors. This crucial community feedback is often in short supply for a position that affects the health and quality of life of every resident in the region.

Nearly 40% of its constituents don’t even know it existed, according to a 2018 South Coast AQMD survey, making it even less likely that people are familiar with how the governing board is selected. As someone who served for nearly a dozen years on the board, I can’t make the point forcefully enough: This election needs the attention and input from everyone who breathes air in the region.

Constituents still have time to contact their local mayors and express their opinions about what the mayors should take into consideration when they vote.

The South Coast AQMD board is responsible for meeting federal air-quality standards for the region. If the board fails, the region faces extreme economic sanctions from federal regulators, and a 2023 Clean Air Act deadline makes it an immediate issue the new board member will help tackle. The money that might be lost is better spent making investments that improve public health and help our local economy recover.

The region’s failure to comply with air-quality laws leads to 1,600 premature deaths a year.

Air pollution is not an equal-opportunity problem. It disproportionately affects low-income residents, communities of color, the young, seniors and those with preexisting health conditions.

The smog was worse this year than it has been in the past decade. In October, Southern California had the unhealthiest air in the nation because of wildfires, which have been getting worse each year.

The South Coast AQMD board makes many decisions, some important and some mundane. Nearly all of its non-controversial decisions are unanimous. The most important decisions, however, are almost always close and have been for many years. Key decisions on how and whether to regulate the largest sources of air pollution — such as at the ports, in rail yards and at oil refineries — almost always come down to one or two votes. I’ve been on the winning and losing side of those close votes.

During my time on the board, a core group of us always came down on the side of public health. This should be a factor in the selection of the next board member.

The election will center on three people, elected officials in Cudahy, Long Beach and Hermosa Beach who have been actively seeking the support of the voting mayors.

Cudahy Mayor Elizabeth Alcantar is an emerging leader from southeast Los Angeles County who was briefly in the spotlight in January when a Delta Air Lines jet dumped fuel on children on a school playground in her city as it approached Los Angeles International Airport, underscoring the environmental injustices the southeast corridor faces. Rex Richardson, Long Beach vice mayor and city councilman, has supported increased local taxes on oil production and comes from a city with a port that is critical to the region’s economy while being a significant source of its air pollution. The final candidate, Justin Massey, a Hermosa Beach city councilman and environmental attorney, represents the South Bay’s long history of environmental leadership.

With their votes, the 51 mayors should send a clear signal that they want a representative who will support meaningful action to improve the region’s air quality. Whoever wins may well cast the deciding vote on whether we have clean air to breathe in the future.

Joe Lyou served on the South Coast Air Quality Management District governing board from 2007 to 2019. He is the president and CEO of the Coalition for Clean Air and a member of the California Transportation Commission.