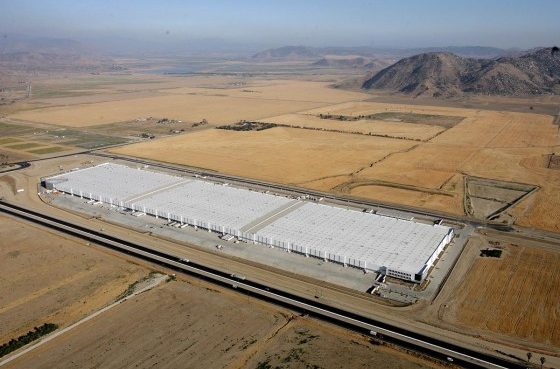 2021 has dawned as a significant moment for air quality. After four years of the pro-polluter Trump Administration, President Joe Biden has pledged to put environmental justice at the front of his climate policy. Meanwhile, California Governor Gavin Newsom has proposed a bold state budget plan that, if passed, will invest $1.5 billion in to putting the cleanest trucks, buses and cars on the road.

Yet, good news from Washington and Sacramento does not mean Southern Californians can breathe easy. Southern California is home to some of the dirtiest air in the nation. In 2020, Los Angeles experienced the worst smog in decades. This underscores the urgent need for all levels of government; federal, state and local, to make and enforce tougher rules as well as incentivize clean technology. This includes the South Coast Air Quality Management District (SCAQMD), which will be ground zero for two major air quality battles later this year.

When you think of things that create pollution, what do you think of? Most people would say factories, refineries, power plants and vehicles. Also important, however, are facilities that attract trucks, trains, ships, and planes, as well as cargo handling equipment. Almost all freight vehicles are powered by diesel fuel, which not only produces smog-forming emissions but also carcinogenic diesel particulate matter. Freight facilities like warehouses, railyards, ports, and airports act as magnets for toxic diesel exhaust.

Due to Southern California’s role as a global transportation hub and the growth of e-commerce, the warehousing industry is experiencing a massive boom. Unfortunately, many communities, particularly those along the supply chair corridors from the San Pedro Harbor area to Southeast Los Angeles and east to the Inland Empire, are suffering from this boom. More warehouses mean more truck traffic and cargo-handling equipment, ultimately resulting in more pollution. Three-quarters of the air toxics cancer risk in the South Coast Air Basin is from diesel particulate matter. This risk is even higher for communities near goods movement facilities and transportation corridors. People who live, work, learn and play near goods movement facilities and travel routes are subsidizing the global economy with their health and quality of life.

Advocates have pressed SCAQMD to tighten rules over the goods movement industry for decades. This demand may finally become reality when the SCAQMD Governing Board considers a warehouse pollution rule in April. The measure, Proposed Rule 2305, would establish a minimum number of points large warehouses (over 100,000 square feet) would have to earn. Warehouses can earn points by serving clean trucks, installing charging and fueling infrastructure and implementing other options. Warehouses can also pay a fee, which would help fund programs dedicated to reducing warehouse pollution.

How you can help reduce warehouse pollution

Passing a strong warehouse pollution rule would be a major victory for air quality and environmental justice. For this reason, community and environmental advocates are demanding the proposed rule be even stronger. SCAQMD should create a rule that considers the impacts on communities near warehouses and other pollution sources. Further, the new rule must not create loopholes or rely on “paper compliance” – reducing pollution on paper but not in reality. Not only would a strong warehouse pollution rule reduce emissions, but it would create a precedent for new regulations for ports and railyards.

That is where you come in! Most members of the SCAQMD Governing Board are city council members and county supervisors from the four-county region. In addition, the Speaker of the Assembly, Senate President pro Tempore and the Governor appoint members to the Governing Board. You can contact AQMD by emailing FBMSM@aqmd.gov and demand they pass a strong rule to reduce warehouse pollution and consider local community air quality. You can also contact the members of the SCAQMD Governing Board by email or on their individual social media accounts (see below.) Your voice is vitally important in passing a strong warehouse pollution rule. 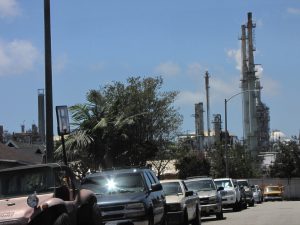 It comes as no surprise that refineries are among the largest polluters in the state, with a wide variety of emissions. Some of these emissions – specifically oxides of nitrogen (NOx), create smog. For decades, SCAQMD has tried to regulate NOx through a regional credit-trading system. Over time, however, this market-based system failed to reduce emissions as effectively as traditional command and control regulations. Faced with a looming federal air quality standard deadline and pressure from new laws, SCAQMD is now updating its refinery rules.

Despite state law requiring pollution control technologies on large emissions sources and a 2023 air quality attainment deadline, progress on Rule 1109.1 has been difficult. Originally scheduled for approval in late 2019, Rule 1109.1 is set to be voted on June 4th. This nearly two-year delay is due to opposition from the oil companies, as well as the pro-business contingent on the SCAQMD Governing Board. Even if the regulation passes, however, it will not be fully implemented until mid-2029. This is five-and-half years after the deadline to deploy pollution control technologies set by state law.

Where do we go from here?

Both the warehouse pollution rule and refinery rule will be tough to get passed. But SCAQMD is running out of options to meet its air quality requirements. We can make 2021 a landmark year for air quality in Southern California. And the truth is, we must.

The SCAQMD Board Members need to hear from you, not the freight or oil industries. Tell SCAQMD you support strong rules to reduce pollution from warehouses and oil refineries.