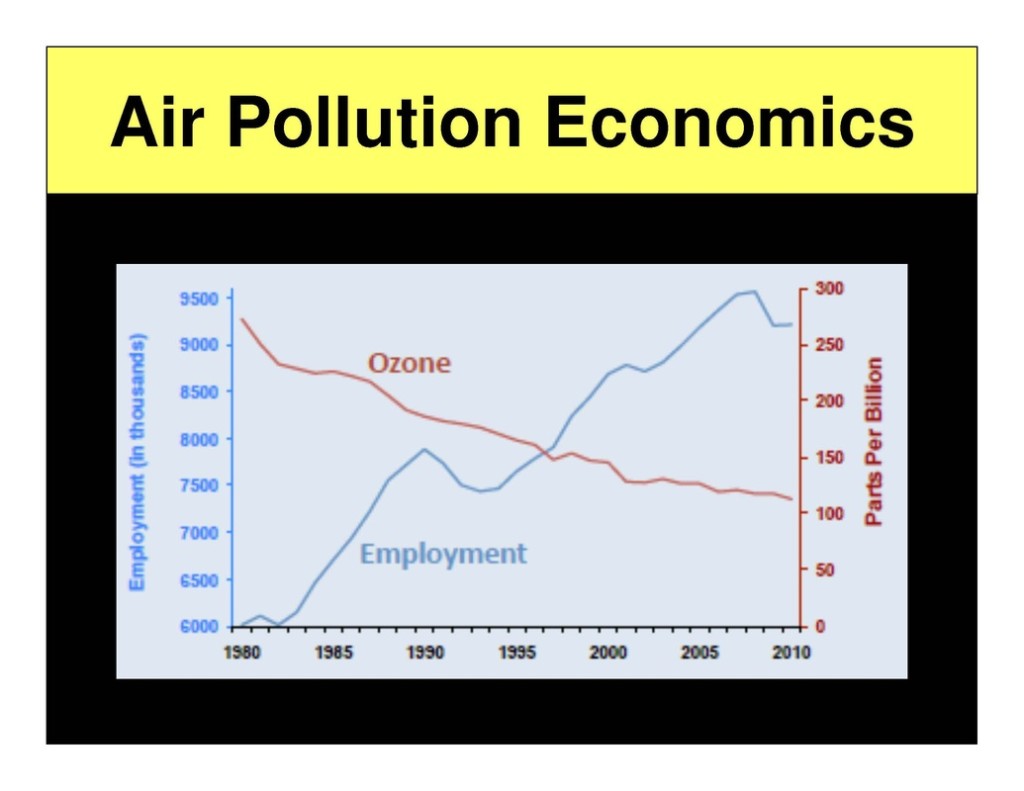 We applaud US EPA’s long-delayed proposal to revise the National Ambient Air Quality Standards for ozone. The Clean Air Act requires EPA to create standards protective of public health based on the latest science, which shows that current standards underestimate the health impacts of smog.

Though the EPA proposal moves in the right direction, the agency should also consider the full range of pollution limits recommended by credible independent scientists, which means that a 60 parts per billion level should be included in the analysis.

Contrary to the predictable cries of looming economic catastrophe coming from the fossil fuel and chemical industries, decades of history demonstrate that clean air protections provide benefits that far outweigh their costs (see graph below). The U.S. can, and must, continue the progress we have already made in reducing emissions from power plants, vehicles and other sources of pollution. We have solutions available, including energy efficiency, renewable power, electric vehicles, public transit, and improved land use planning.

California has suffered the worst smog in the nation and has also taken the lead in finding ways to reduce ozone pollution, so other state and local governments can look to the Golden State as they seek smog-cutting options.

All Americans deserve air that is healthy and safe to breathe. Vulnerable populations like children, the elderly, and those with sensitive respiratory systems are particularly in need of greater protections from lung-searing ozone.