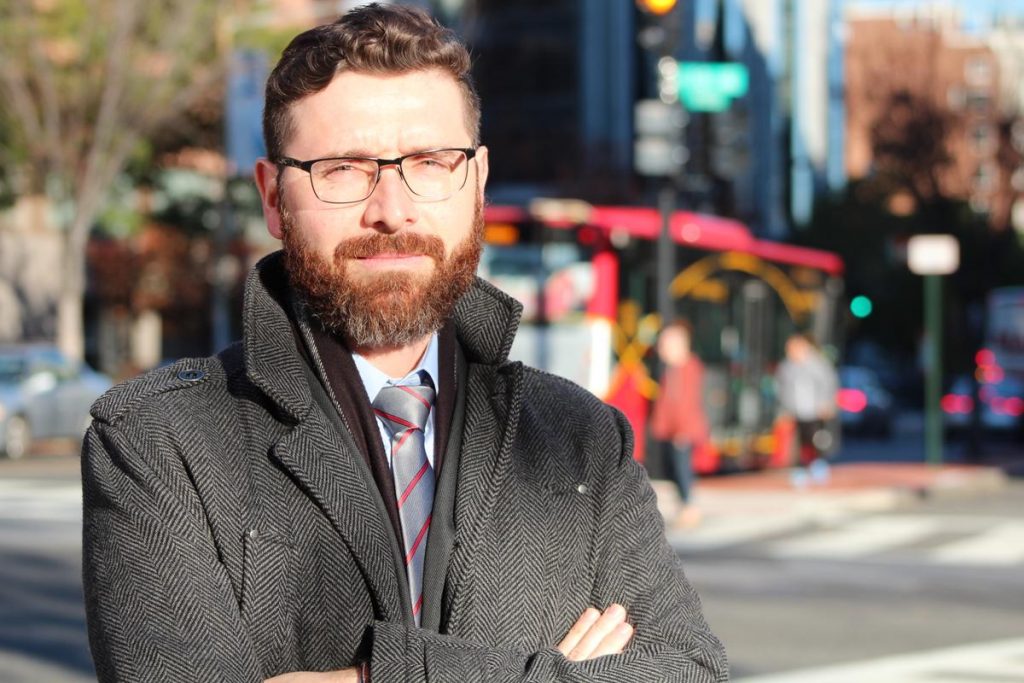 We’re honored to present our next Clean Air Hero award to Francisco Posada, a senior researcher at The International Council on Clean Transportation (ICCT). Posada’s work was instrumental in breaking the 2015 “dieselgate” Volkswagen emissions scandal, removing 600,000 polluting vehicles from the road in the U.S. and millions more worldwide and leading to a multibillion-dollar settlement to reduce emissions that damage human health.

Posada never set out to unmask a scandal when he began his career working toward clean and efficient transportation. “A big driver of joining ICCT,” Posada said, “was transferring that knowledge to South American countries” like his native Colombia. “We were never trying to expose anything.”

It all started when ICCT colleagues in Europe noticed European diesel vehicles emitting high amounts of nitrogen oxides (NOx), which are linked to serious respiratory and cardiovascular health problems and can undergo chemical reactions creating harmful particulate matter and ground-level ozone. As a result, Posada began looking into emissions from two U.S. Volkswagen diesel models. But he wasn’t looking for anomalies in their emissions. Instead, he and his team thought that by showing low NOx emissions from diesel cars in the U.S. market, they could show that stricter regulations were needed in Europe to fix their diesel emissions problem.

Posada designed a testing protocol that included both laboratory and on-the-road components. The Volkswagen vehicles met NOx standards in lab testing, carried out with the California Air Resources Board (CARB), but on-the-road testing with researchers from West Virginia University led to a huge shock: NOx emissions values that were a stunning 30-40 times higher than the standards. Posada shared the results with CARB and the EPA, and the rest is history.

“Francisco expertly managed the vehicle testing that sparked the Dieselgate scandal,” said Fanta Kamakaté, Senior Program Officer for Climate and Energy and a former colleague of Posada’s at ICCT. “The impacts of this work have been far ranging and in the U.S. it is helping pave the way for cleaner transportation.” Posada hopes to accelerate the adoption of clean transportation technology in his native Colombia and the rest of South America.

Looking forward, Posada sees the main challenge as “how to translate the results of our analysis into action…The curse of those that can see the danger ahead and our warnings are not heard.”

Fortunately, this time the warnings were heard. In the wake of Posada’s research and the ensuing scandal, state and federal officials developed new testing protocols that are already paying dividends. The EPA and CARB just announced an $800 million settlement with Fiat Chrysler, which was cheating NOx emissions in much the same way as Volkswagen. “This settlement is a direct result of the enhanced screening and testing procedures CARB developed to uncover the Volkswagen diesel cheating scandal,” said Mary Nichols, CARB chair.

As for Posada? His work continues to improve air quality the world over. He coordinated a similar testing project that exposed high emissions from diesel SUVs in India, leading to policy discussions surrounding stronger regulation and testing. And he’s working hard on accelerating the adoption of cleaner cars in developing markets, especially in South America.

For the Coalition for Clean Air, this type of research can reveal critical air quality issues to help us fight for stronger regulation and enforcement to protect our air. Likewise, the testing that CARB engages in plays a critical role in enforcing the regulations already on the books.

“Francisco Posada is truly a Clean Air Hero,” said CCA Policy Director Bill Magavern. “By exposing VW’s criminal conspiracy to defraud car-buyers and pollute our air, his work with ICCT has led to mitigation of the damage VW caused and heightened on-road testing to catch polluters that violate our health safeguards.”