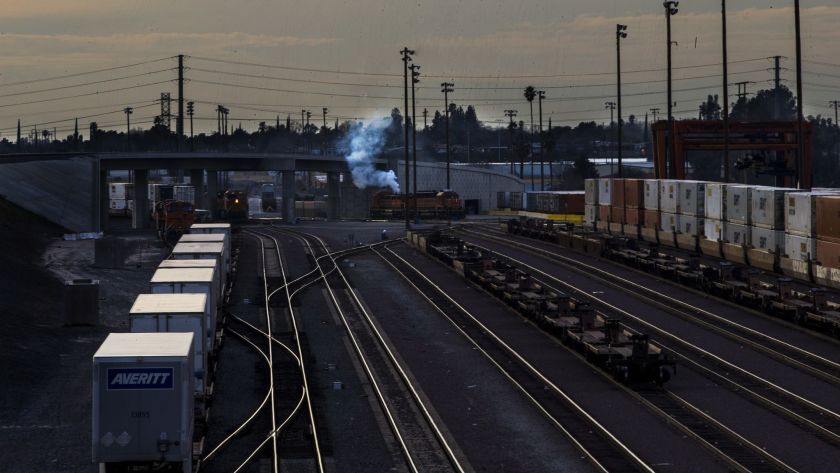 As agencies around the state and country work furiously to respond and adapt to the pandemic, the South Coast Air Quality Management District (AQMD) should respond to this major public health crisis by taking action to fight a related one: air pollution.

The evidence is increasingly clear1)See this study from Havard and this study from the Netherlands for the latest research into the link between COVID-19 and air quality. that air pollution worsens the effects of coronavirus. But a significant number of regulatory votes have been either delayed or removed from the AQMD board’s calendar. These regulations, intended to cut emissions associated with warehouse, port, and rail yards, would reduce symptoms exacerbated by pollution and save lives.

We can’t afford to allow one major health crisis to exacerbate another. The health impacts from this pollution are so severe that areas affected by it are commonly referred to as “diesel death zones”. Breathing in diesel particulates exacerbates asthma and can cause lung disease and cancer. It shaves years off the lives of our most vulnerable communities, disproportionately harming low-income communities and people of color.

The longer AQMD waits, the longer communities near rail yards, ports and warehouses will be exposed to toxic diesel pollution. We need action now.

In the midst of a pandemic, the South Coast AQMD has delayed a significant number of regulatory actions.

Email the AQMD board today at webinquiry@aqmd.gov and ask them to adopt measures to reduce diesel emissions near our warehouses, ports, and rail yards.