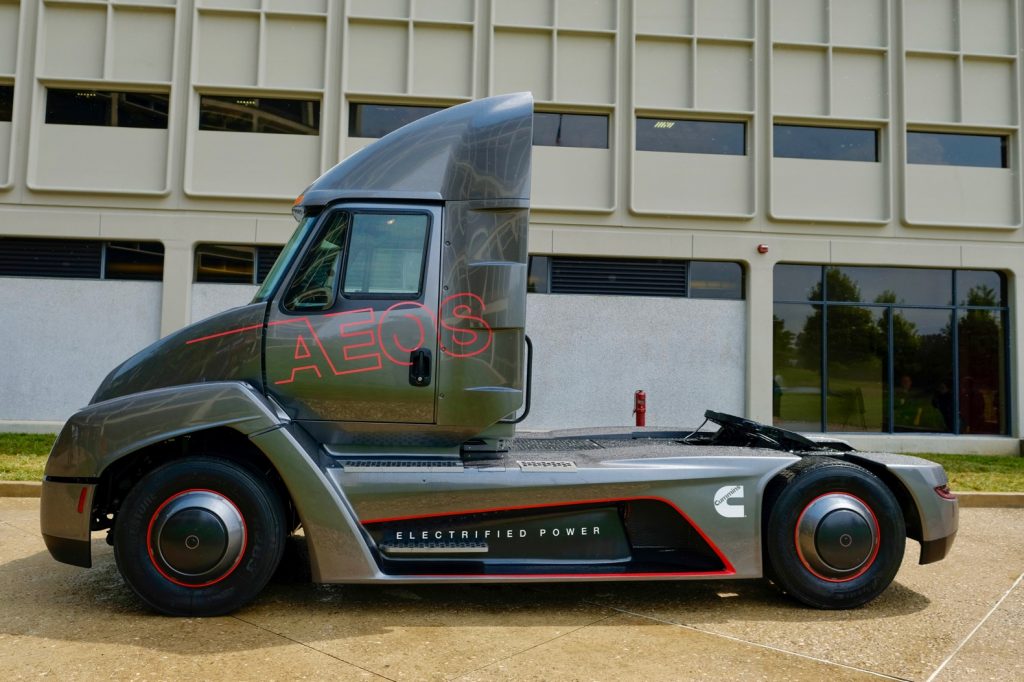 Note: This post was originally published on California Current.

The California Air Resources Board voted nearly unanimously June 25 to require that at least 100,000 trucks on California roads, three quarter ton and heavier, be electric by 2030 to reduce greenhouse gases and diesel pollution. Five years later, the number is to grow to 300,000 zero emission trucks under the Advanced Clean Truck rule.

The rule requires that 15% of the truck fleet be electric at the end of the decade. To meet that mandate, truck manufacturers will have to sell set percentages of zero emission trucks annually starting in 2024, with the percent varying according to the size and model type. By 2045, truck sales in the Golden State are to be 100% zero emissions.

“We are planting a flag for zero here and we mean zero,” Air Board Chair Mary Nichols said at the end of a day-long meeting where 130 people spoke.

She noted the importance of the California Public Utilities Commission and utilities in ensuring electric and hydrogen charging infrastructure is in place.

Representatives from SoCal Gas and companies promoting natural gas-fueled trucks complained the rule did not include them. Promoting electric trucks in no way harms natural gas or other alternatively fueled trucks, Nichols emphasized.

Another concern, particularly in San Diego, is the high cost of electricity.

“CARB’s groundbreaking action today will go down in history as a turning point in protecting Californians from toxic diesel exhaust by putting zero-emission trucks on our roads,” Bill Magavern, Coalition for Clean Air policy director, said.

John Gioia, board member, agreed. He would have preferred the first statewide electric medium- and heavy-duty truck mandate go into effect earlier because of the disproportionate amount of pollution trucks create in struggling communities.

The Advanced Clean Truck regulation is the first part of a three-part package. Zero emission rules also will be set for companies with fleets of 50 trucks or more. Companies must submit reports on their delivery trucks and shuttles to the board next year. These reports will form the basis for rules potentially increasing the amount of truck electrification. The board also is expected to take up a regulation on low nitrogen oxide emitting trucks later this year.

The switch from diesel fuel to electricity is expected to cut 17.9 million metric tons of carbon emissions by 2040. It also will lower carcinogenic nitrogen oxides and particulate matter spewed by diesel trucks by 58,313 tons. Or as one speaker noted, “eliminate the diesel death zone.”

The Board staff estimated the new rule will produce $9 billion in health related savings, including fewer emergency room visits; $6 billion in net savings to the economy, including from lower fuel costs and petroleum use, and create roughly 7,500 new jobs.

Regulators also will consider taking steps to protect independent drivers, who make up 40% of the delivery and hauling vehicle operators, from excessive financial burdens.

Representatives from the Northeast as well as other states applauded the Air Board’s work. Last December, California joined seven other states in promoting the electrification of trucks and buses in each of their regions.

Under the new rules, required electric truck sales by 2035 are as follows:

Next year, the Air Board hopes to adopt rules requiring that 100% of the sales of the following categories be zero emissions: