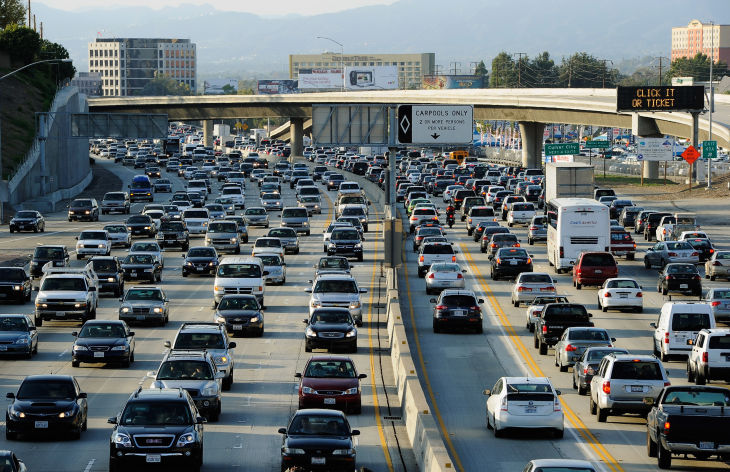 Oil has had a grip on the Golden State for too long. More than 90% of our transportation energy comes from petroleum, and the production, refining, and use of petroleum accounts for almost half of greenhouse gas emissions, 80 percent of smog-forming pollution, and over 95 percent of cancer-causing diesel particulate matter in our state, according to the California Air Resources Board. In addition, wild swings in the prices of gasoline and diesel fuels wreak havoc on consumers’ budgets.

The good news is that California, probably more than any other state, is making aggressive moves to reduce dependence on dirty oil. Yesterday, the Air Resources Board reaffirmed its Low Carbon Fuel Standard (LCFS), which will require a 10% reduction in the carbon intensity of gasoline and diesel by 2020. I was one of many speakers in support, with backers coming from alternative fuel providers as well as advocates for health and the environment. We also joined in a support letter organized by our friends at the American Lung Association in California. The letter points to recent Lung Association research demonstrating over 400 lives will be saved with the LCFS and related programs’ implementation, avoiding over $23 billion in societal damages, including $8.3 billion in respiratory health impacts by 2025.

Also at yesterday’s meeting, the Air Resources Board moved toward a resolution of uncertainty that has hindered the progress of biodiesel in our state. ARB staff put together a balanced compromise that will encourage further use of low-carbon biodiesel, which reduces emissions of air toxics, while assuring that there is no increase in smog-forming pollutants. Both biodiesel providers and health and environmental groups praised the balance achieved by the compromise.

Despite the progress made so far,  policymakers will need to double down on petroleum reduction efforts in order to meet Governor Jerry Brown’s admirable goal of reducing the use of oil in our cars and trucks by 50% by 2030. We should ramp up the LCFS, speed up the electrification of transportation (through Charge Ahead California and other efforts), and reduce vehicle miles traveled by expanding public transit and making our communities more sustainable. These steps will not be easy, but they will be well worth it if we can break our addiction to dirty oil.

One thought on “Can California Kick the Oil Habit?”