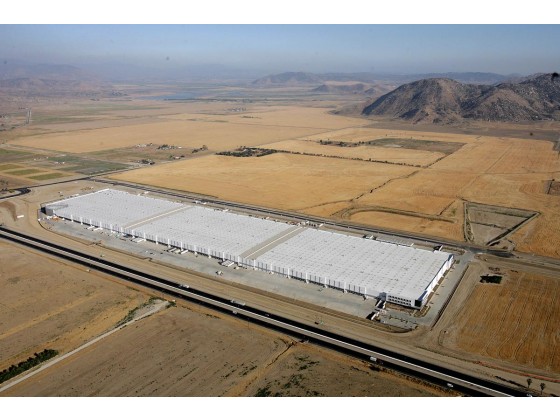 A Riverside County Judge has sided with the Coalition for Clean Air and our partner environmental justice and conservation organizations in blocking construction of a massive warehouse in Southern California. In the case against the City of Moreno Valley, the court found that the Environmental Impact Report on the project was inadequate, and had to be revisited before the project could continue.

This is a huge victory for proponents of clean air. The facility was slated to occupy 2,610 acres, with a complex the size of 700 football fields, making it one of the largest of its kind in the United States. Research by consultants revealed that the project would draw 68,721 vehicles to the area on a daily basis, including 14,000 trucks, and would generate 400,000 metric tons of greenhouse gas emission annually.

The proposed warehouse is adjacent to the San Jacinto Wildlife Area, home to many endangered plants and animals. The initial environmental report falsely referred to this as a “buffer area” that would mitigate damage to the environment, when in reality this area required the most protection. The court found that this left a “false impression” about mitigating damage to resources and the habitat.

The judge also found that the environmental report violated the law by stating that it was unnecessary to compare feasible renewable energy technologies at the facility, despite the mitigation of environmental impacts being the central purpose of these reports.

While an important step forward, our work is not done. The Judge has blocked the project until it complies with the reporting provisions of the California Environmental Quality Act. The fight for clean air is never over and we’re proud to have helped secure this victory on behalf of public health, clean air, and climate protection.

“Today we celebrate an important victory for the health of the people of Moreno Valley. Toxic air pollution remains a major problem for Moreno Valley families, and this is an important step toward providing peace of mind, and a safer community.”
– Joe Lyou, President & CEO of the Coalition for Clean Air